Enjoy The Sims on your Android 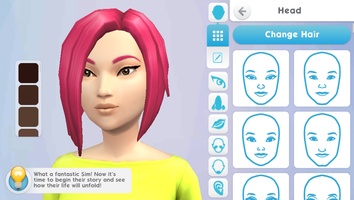 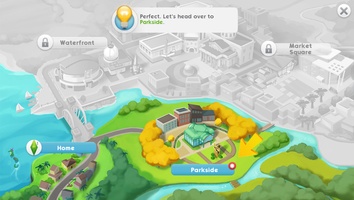 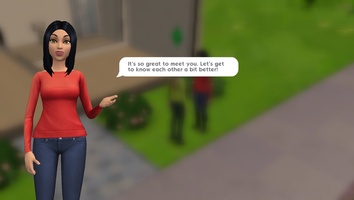 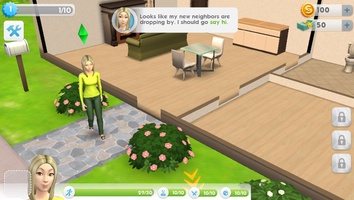 Advertisement
The Sims Mobile is the newest installment of one of the most popular franchises in video game history. This time The Sims Mobile offers a much closer experience to desktop and console gaming, despite being perfectly suited to smartphones.

Players can create their own 'Sims' using a bunch of different tools. Choosing from over 10 different body types (fleshy, skinny, chubby, etc.) and hundreds of kinds of facial types you'll even be able to modify your Sim's mouth, nose or eye shape. Not only that, but you'll also need to define your Sim's character traits, personality, and hobbies.

Once you create your Sim, that's when the fun really starts. You'll start out in a neighborhood (as per usual within this game) and you'll make friends, decorate your house, get a job all to keep your Sim's vital stats high. All in all, there is A LOT you can do in this game, just like the other beloved The Sims' titles.

The Sims Mobile is an excellent version of the classic title by Maxis that is well-adapted to smartphones with a keen eye for detail. With outstanding graphics and endless possibilities, this title is a win-win even for your little ones at home as it's rated for all ages.
By Beatriz Escalante
The best casual games for your Android

When boredom or loneliness strike, your smartphone can be the best ally to fight against them. We made a list of some of the best casual games that’ll keep you entertained and distracted, without having to focus your full attention on the story of a game or recall where you last left off.
See more

With 2018 halfway over, now's as good a time as any to look back and highlight the best games that have been released on the Android platform so far this year. From titles that we'd been waiting for for months, to rarities that gave us pleasant surprises, the collection of apps that have been released in the last six months has been commendable, to say the least. Read on to find some of the best games we've seen so far this year.
See more

An "unreleased" release on Android refers to a gamed that's been soft-launched to see how well it does in a specific geographic area. Sort of like a public beta to let developers polish their product before its official international release. Ever more games are getting anchored in this stage, and can be downloaded and played legally with no geographical or functional restrictions. Here are 10 Android games that still haven't been officially released at the international level but can be downloaded from Uptodown today.
See more

I gave 3 stars but I haven't played it yet. When I'm creating my first Sim I have no choice but to update the game. I keep getting the message for updating it. How do I prevent having to update this v...

Hi! I've been waiting an hour for this to download is there a problem??

Similar to The Sims Mobile